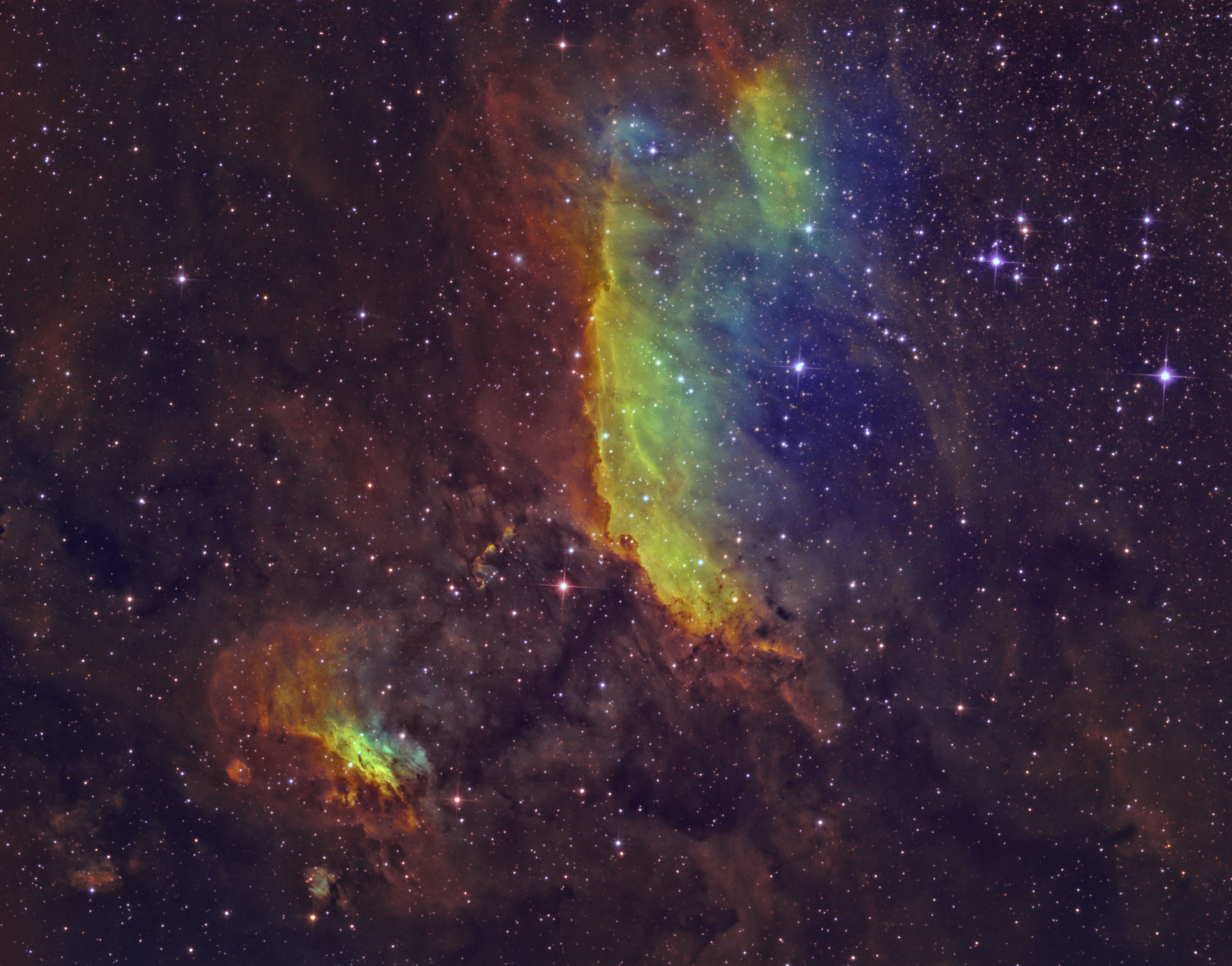 The Prawn Nebula, first milky way target of the year! This is a roughly 10hr integration taken over 3 different nights. 15,16 and 19th of April. Had to wait for it to rise up enough, and also had a lot of rejected frames due to focuser problems.

Dark Calibration SFS/Registration/LN/integration/Drizzle Integration DBE on all 3 channels Decon on Ha TGV and MMT NR on OIII and SII HT on all 3 to roughly same levels Linear fitted to Ha RGB Combination (SHO) Some subtle SCNR, and invert SCNR invert, mixing this with a slight green curve achieves this hue/colour arrangement. Contrast Curve, Saturation Curve Colour Saturation to the three primary colours LHE with range mask on BG and on bright regions. Star Reduction (this might've screwed up star shape/slight artefacting) Clone stamping out OIII halos First time doing 2x drizzle, and I regret doing so as everything took much longer on my computer. Ultimately I became too impatient with this image and called it finished. I did try fixing the purplish star colours but failed, no star mask wanted to touch them, manually masking results in a bad background. But I am rather happy with the nebulosity colour, if I had done SCNR with amount=1, it'd become an orange/blue bicolour which is less dynamic and a bit more boring.
Date Created: 2019-04-15
Date Posted: 2019-05-13