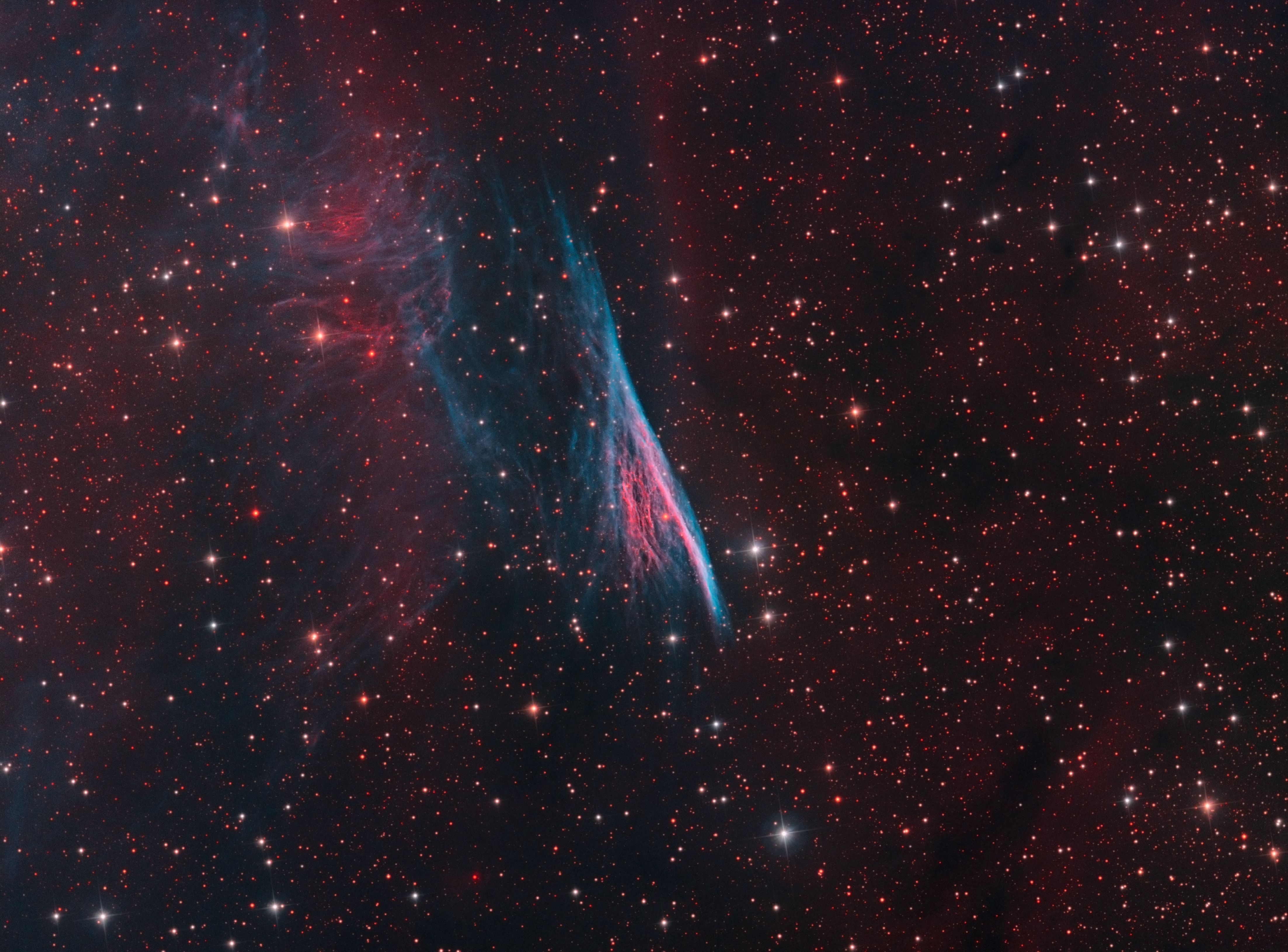 This is a 40.15 hour HaOLRGB image of a rather difficult region to image. The background nebulosity seems to be very faint and difficult for my setup with my light pollution. The narrowband Ha and Oiii really helped and I regret not acquiring more Oiii. Iniitally it was going to be just a narrowband bicolor, but the background was so noisy I thought maybe the addition of L would help, which it did with the dark nebulae around the place. I think I may need to revisit this region next year, time to move on though.

All data flat and dark calibrated. Ha, Oiii and L were drizzle integrated, vark 1.5, 0.7x dropshrink, 1x scale. The RGB was integrated normally. ABE deg 0 on the narrowband data and L. ABE deg 1 on the RGB (Had light pollution gradients) L enhanced with Ha and Oiii. R enhanced with Ha. G and B enhanced with Oiii. TGV and MMT NR on L. The RGB stacks were Linear fitted and combined. The RGB and L were Arcsinh stretched then stretched further with HT. Minor S curve in K channel, various curves in green, a* and b* channel to ascertain desired colour in the RGB. The L had a starless copy created, a range mask was created to target the bright nebulae with LHE on the starless copy. (This way no dark rings around stars). Starless and original subtracted to create stars only image, the stars were then added back in to the LHE'd starless. Used the stars only image inverted and darkened as a mask for a S curve for more contrast but avoid blowing out star cores spatially. LRGB combination with 0.6 lightness and 0.4 saturation MTFs. Several curves on contrast and saturation. Star reduction Colour mask to target red, hue shift. Final S curve
Date Created: 2020-03-06
Date Posted: 2020-04-04