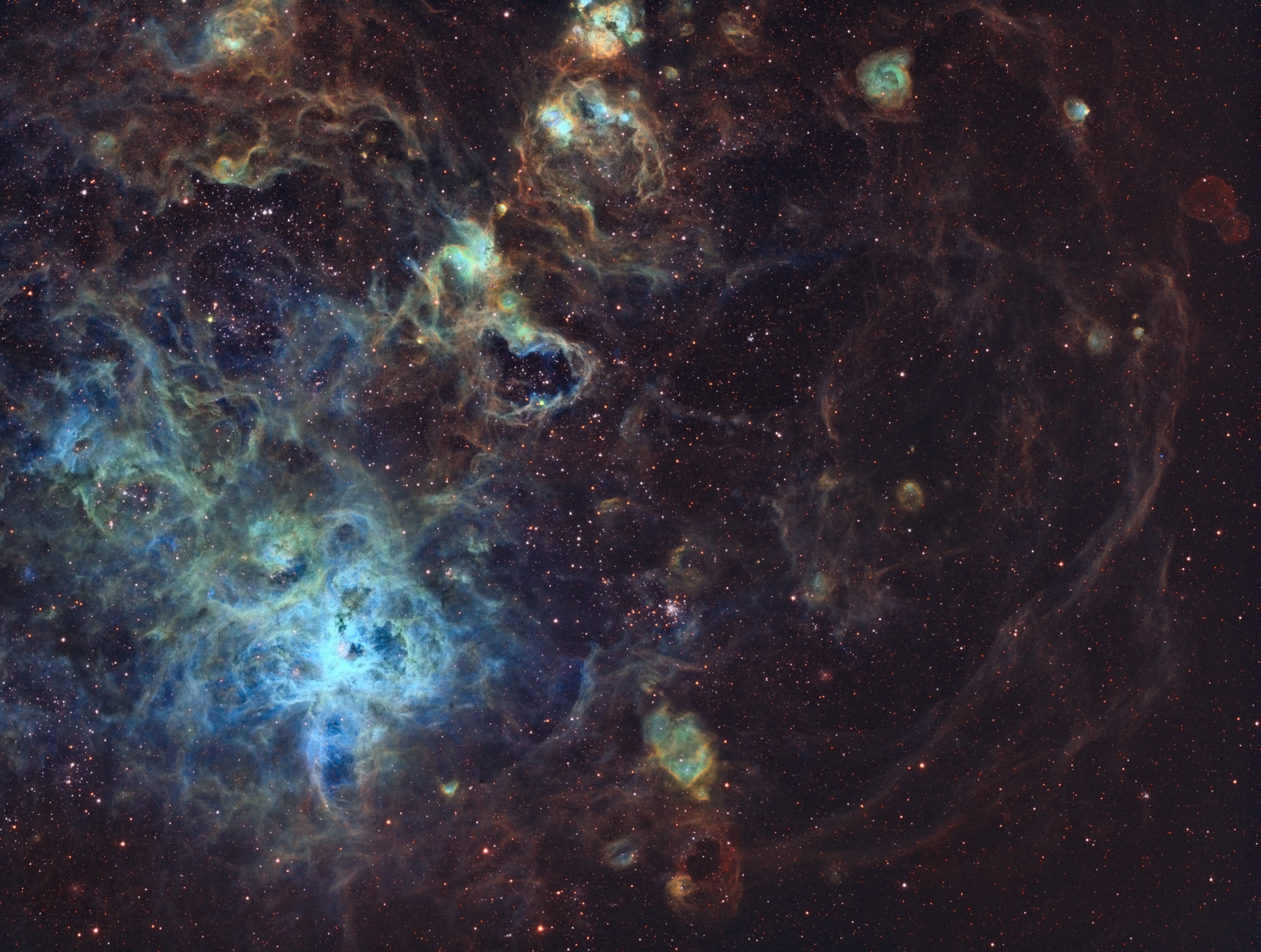 Had a random spur of 3 clear nights and decided to image this target whilst I was subjected to the moon, most likely my last image for the year as I am working on a 3 panel HaLRGB of the horsehead. This is an approx 13hr SHO image of the Tarantula nebula. Although relatively usual workflow, it took me a lot of time to reach this image, quite a issues were encountered especially with the bright core. Lots of trial and error was used. The top left corner stars are bad due to miscollimation, seems my scopes collimation doesn't hold over time.

Dark Calibration and Flat calibration (except no flats for SII) SFS/Blink rejection and then tried out the new WBPP DBE on all 3 stacks Decon and TGV on Ha Linear fitted to Ha RGB Combination (SHO) Invert SCNR Invert to remove magenta stars Arcsinh initial stretch then ht stretch Played with a/b channel curves, green curve and then hue curves to achieve the colours you see Then further processed the Ha separately with LHE with range mask on BG and on bright regions. ACDNR on the Ha More contrast enhancements with curves, and then LRGB combined it using this Ha as the luminance. Final image then had some minor curve tweaks with masks and then star reduction
Date Created: 2019-11-15
Date Posted: 2019-11-23