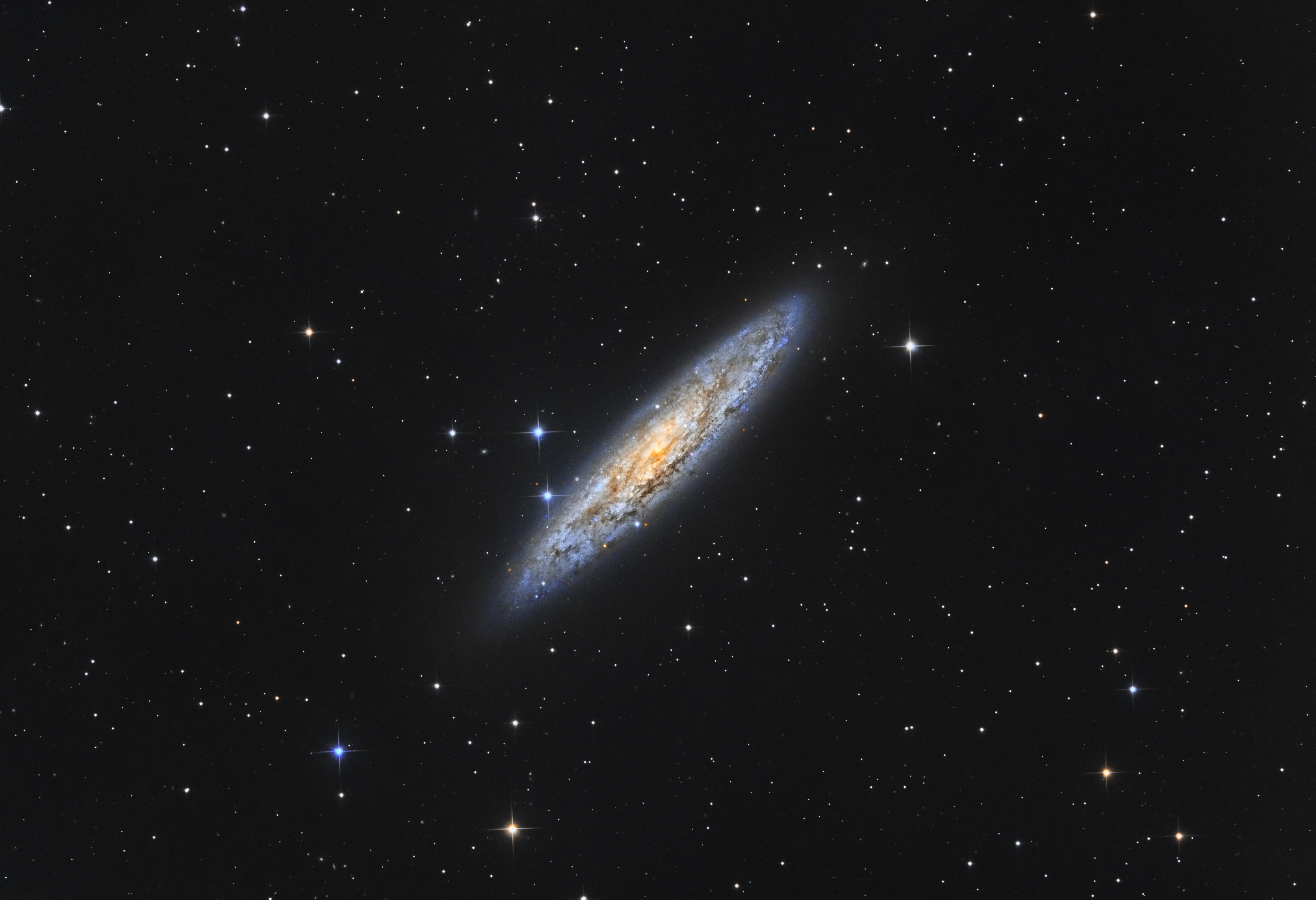 Taken over 3 different nights dodging the clouds, I scavenged a mere 5 hours of data. Wasn't quite able to get as clean an image as I'd like. Interestingly I could not tell a difference between 1hr or 2hr integrations of the luminance. The galactic edge was consistently noisy. The BG suffers from a bit of posterization that was there since the linear phase.