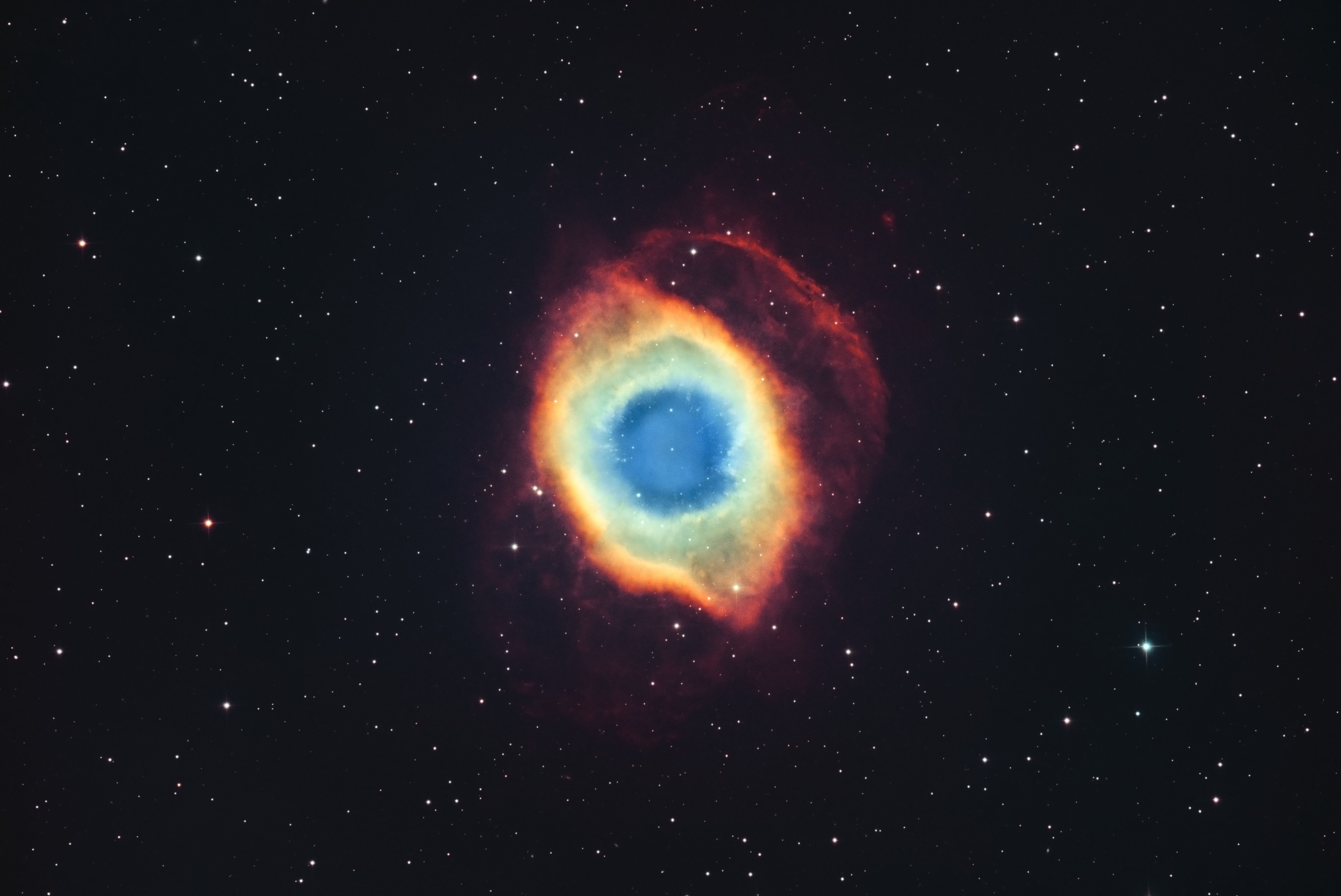 This is probably the most difficult image I've made yet. At first glance the helix looks easy to image with very good SNR on core rim, but the faint outer shells that I desired were incredibly faint. I started imaging the Helix in early July and continued imaging it over the past 2 or 3 months, however the weather has not played ball and only gave 4 or 5 clear nights. I began imaging with 300s subs but unable to see the faint stuff appreciably at ~10hrs. I then tried adding in 900s subs in the hopes it was shot noise limiting me. Although its possible a combination of LP and moon just hiding the very faint stuff away. This is also my longest integration yet at 18hrs total. I decided to move on since I've sunk too many of the few nights I get into this target and so this is the end result of my processing attempts.