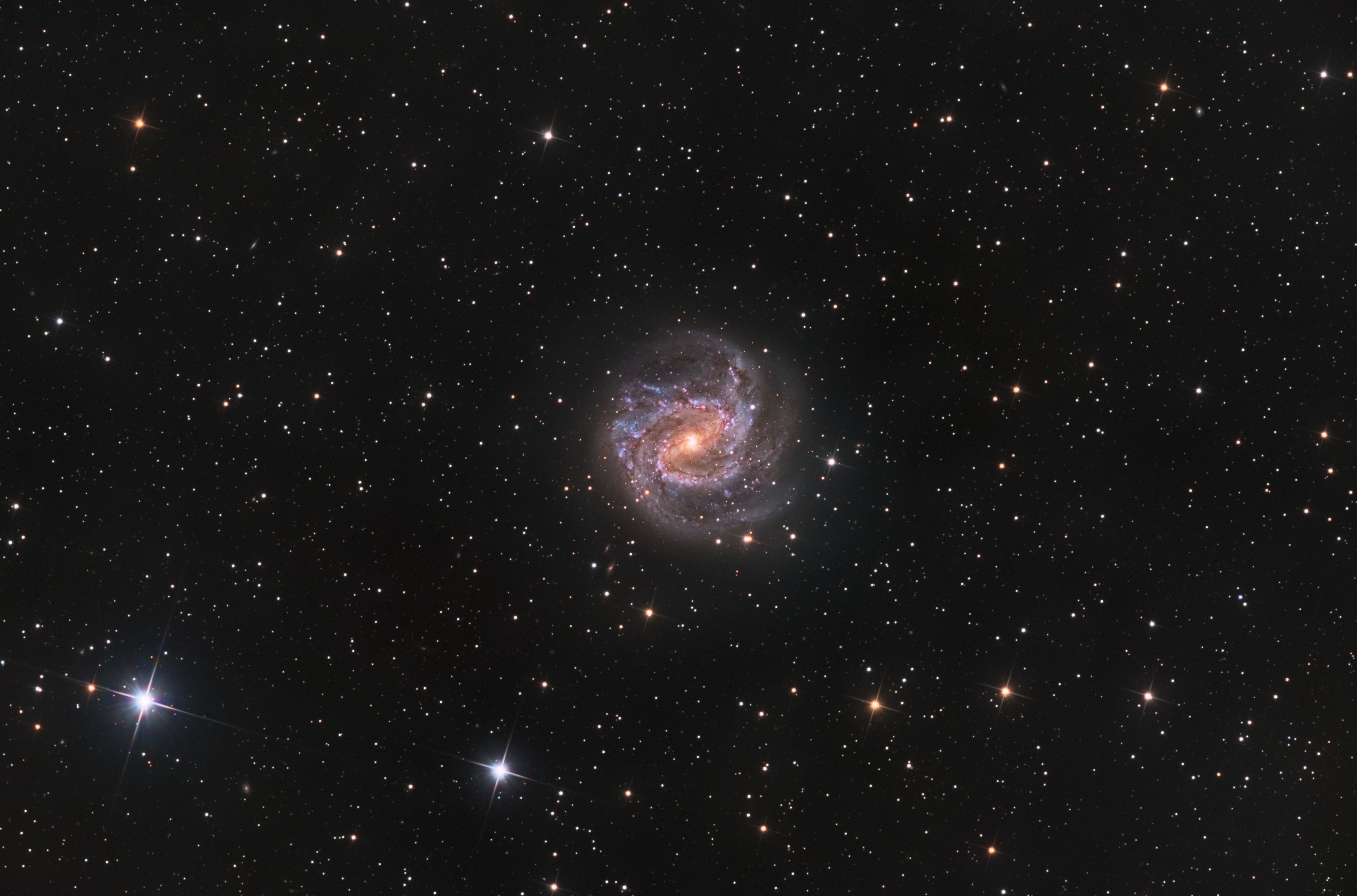 My second LRGB image, this is some data taken over many nights due to never ending problems that prevented my from getting enough data in say one or two nights. However I think I've solved those problems relating to my focuser! Fairly light on the processing as its not the highest quality dataset so I decided not to put too much effort into it. (More effort wenting into blinking and manually rejecting bad frames) Couple of issues, largest being the bad background due to lack of flats, lot of dust donuts that were right near the galaxy. So I've tried hiding it with darkening the background while also desaturating it. My problems relating to focus means that not all subs used are the sharpest and this reflects in the quality of the stars. And lastly there is some ringing from the decon in the stars in the galaxy but thats primarily because of being lazy with the masking (or maybe just me being fed up after spending 2 nights working on decon)